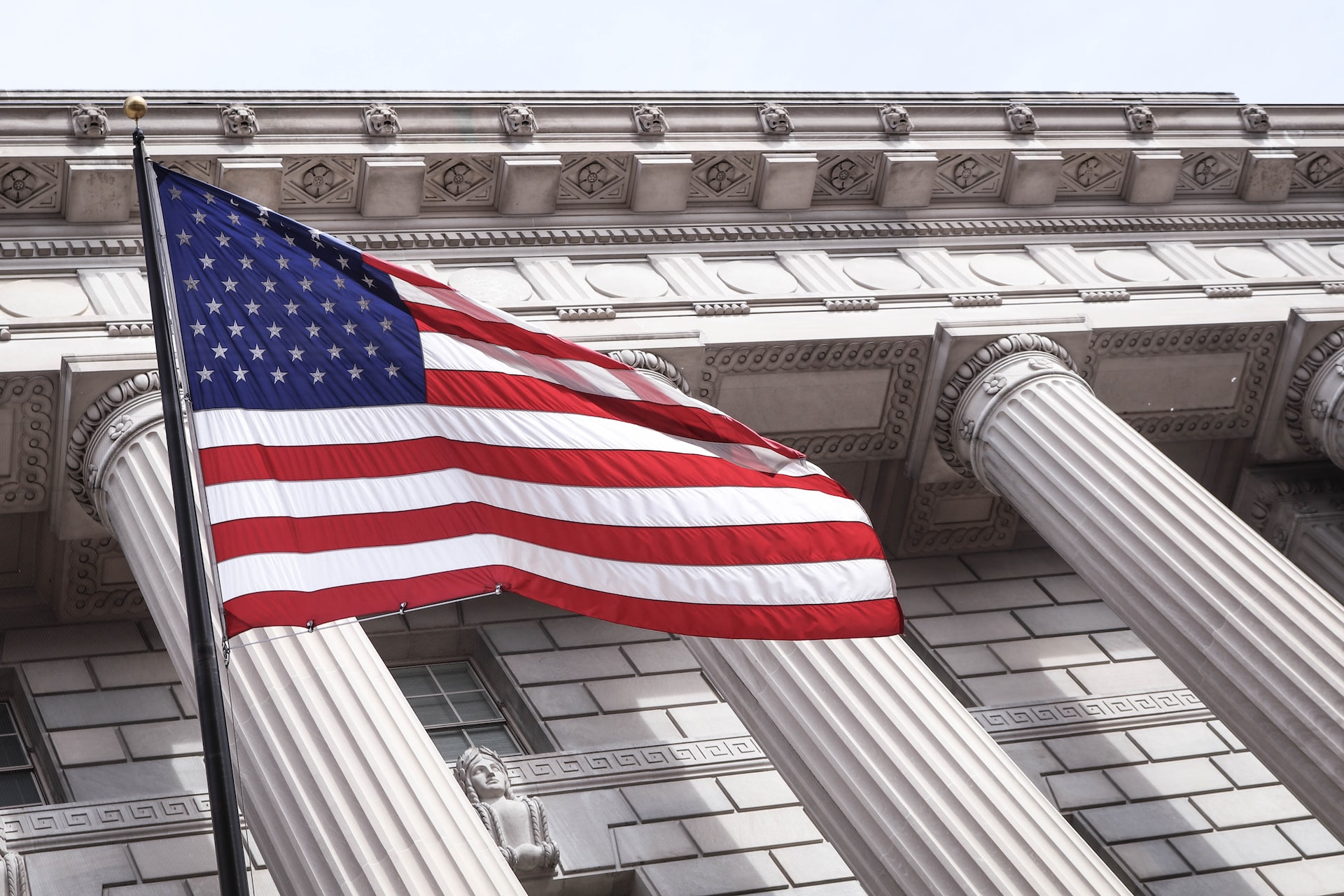 It appears that in its October 4 hearing of the arguments about Alabama redistricting cases which impacts voting rights, the Supreme Court favors the state in its recent actions.

The nearly two-hour long hearing involved the electoral map created by the Republican party that tends to diminish the voting power of Black voters, reported Reuters.

All three female justices - Jackson, the 116th justice of the U.S. Supreme Court and the first black woman to be sworn in as one - are liberals.

The conservative justices who attended the hearing, according to the report, leaned toward some of the arguments presented by LaCour.

As the aforementioned electoral map affects their voting rights, the Black voters sought to know whether it’s legal or not. For them, the redistricting appeared to be discriminatory.

Twenty-seven percent of the population of Alabama are composed of registered Black voters.

The Republican’s electoral map shows that the party placed a huge chunk of the Black voters in one district. As for the remaining ones, the republicans scattered them across different districts.

This kind of redistricting that happened will cause the influence of the Black voters to wane.

Jackson, Kagan, and Sotomayor as well as the Black voters themselves deemed these actions as contradictory to what the Voting Rights Act of 1965 stands for.

If the voting rights of the Black voters is at stake, how will the Supreme Court further proceed with this legal matter?

However, Ketanji Brown Jackson and her two fellow justices alleged that the redistricting conducted by the Republicans challenges the fundamental purpose of the said voting law.

According to TV network Al Jazeera, Edmund LaCour, Jr. clarified that the Republicans did not violate any law when they created the electoral map.

During the hearing, he said that the process was done “in a lawful [and] race-neutral manner.”

LaCour also explained to the Supreme Court justices what Jackson, Kagan, and Sotomayor were trying to get at, saying:

They argued that Section 2 of the Voting Rights Act requires Alabama to replace its map with a racially gerrymandered plan maximizing the number of majority-minority districts.

For Associate Justice Amy Coney Barrett, a conservative, the electoral map created does not automatically mean the Republicans or the state of Alabama planned to discriminate Black voters.

Setting aside the allegations of voting rights violation, Barret said that she perceived the redistricting cases as something that tackle “equal opportunity.” 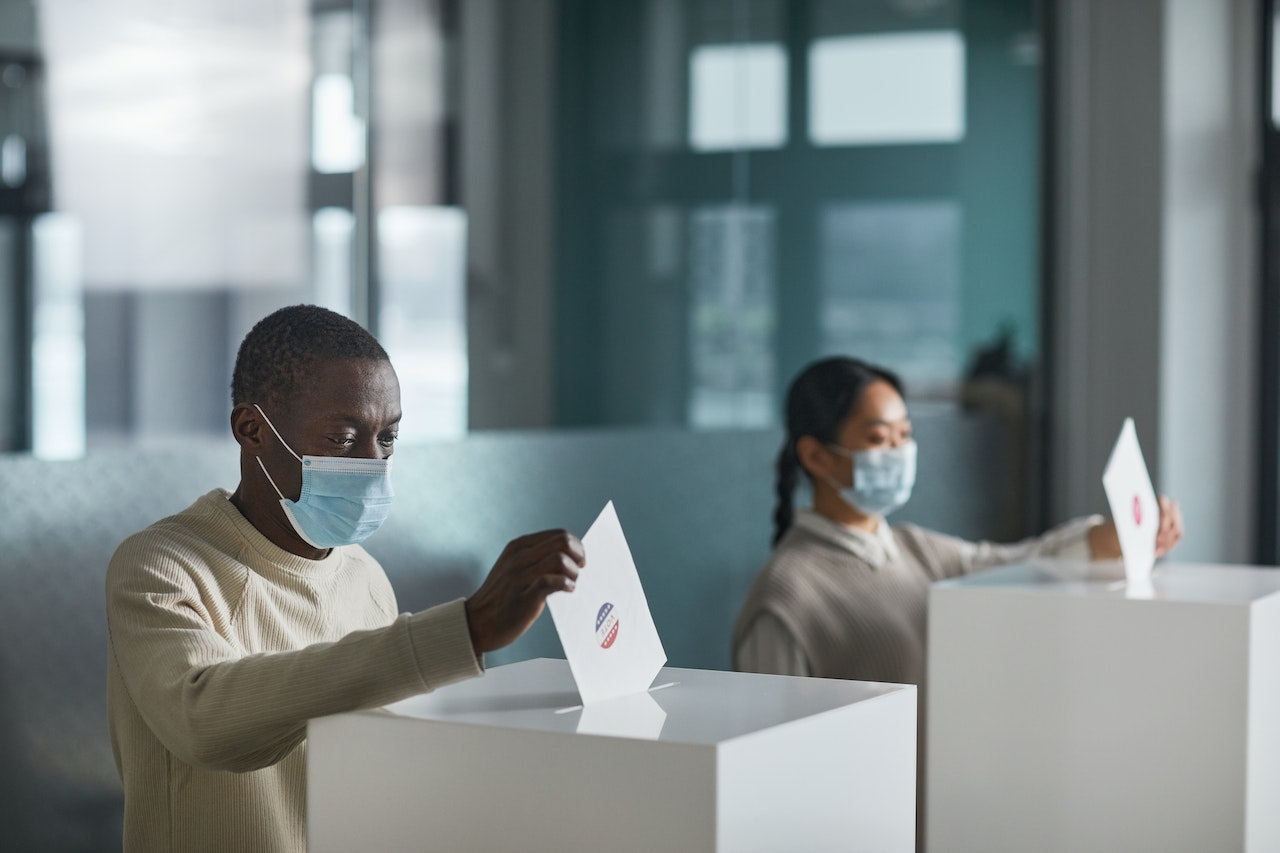 To explain the term used by Edmund LaCour, Jr. here’s a quick detour from the voting rights issue.

In the U.S., per Encyclopedia Britannica, gerrymandering is a political practice considered unfair and undemocratic.

Political or partisan gerrymandering is a way for one party to use electoral district boundaries to gain advantage over other parties.

Racial gerrymandering is all about reducing the voting power of minority groups. This one is what’s happening in Alabama, upsetting the voting rights of its Black voters.

American author Richard Alsop (1761-1815) coined the term “The Gerry-mander,” according to Smithsonian magazine, based on an illustration by American cartoonist Elkanah Tisdale (1768-1835).

One district had an outline that nearly resembled a mythical winged salamander. 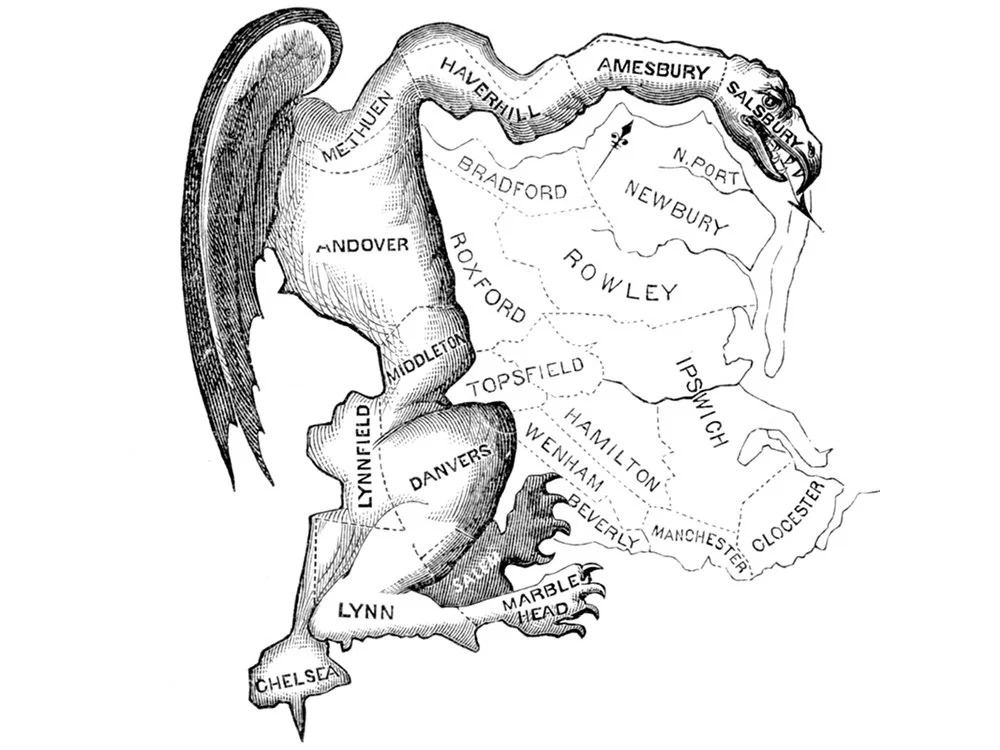 A black-and-white senatorial district outline drawing, with a winged salamander on the right portion

What a way to celebrate the ongoing National Voter Education Week in the U.S.!

The news of the voting rights of the Black people in Alabama seemingly getting trampled on makes the celebration not only timely but more significant than ever before.

Now in its 57th year, this voting law becomes embroiled in a legal battle in Alabama.

The state faces accusations of denting the Voting Rights Act and squashing the Black people’s voting power as it introduced the electoral map in question. 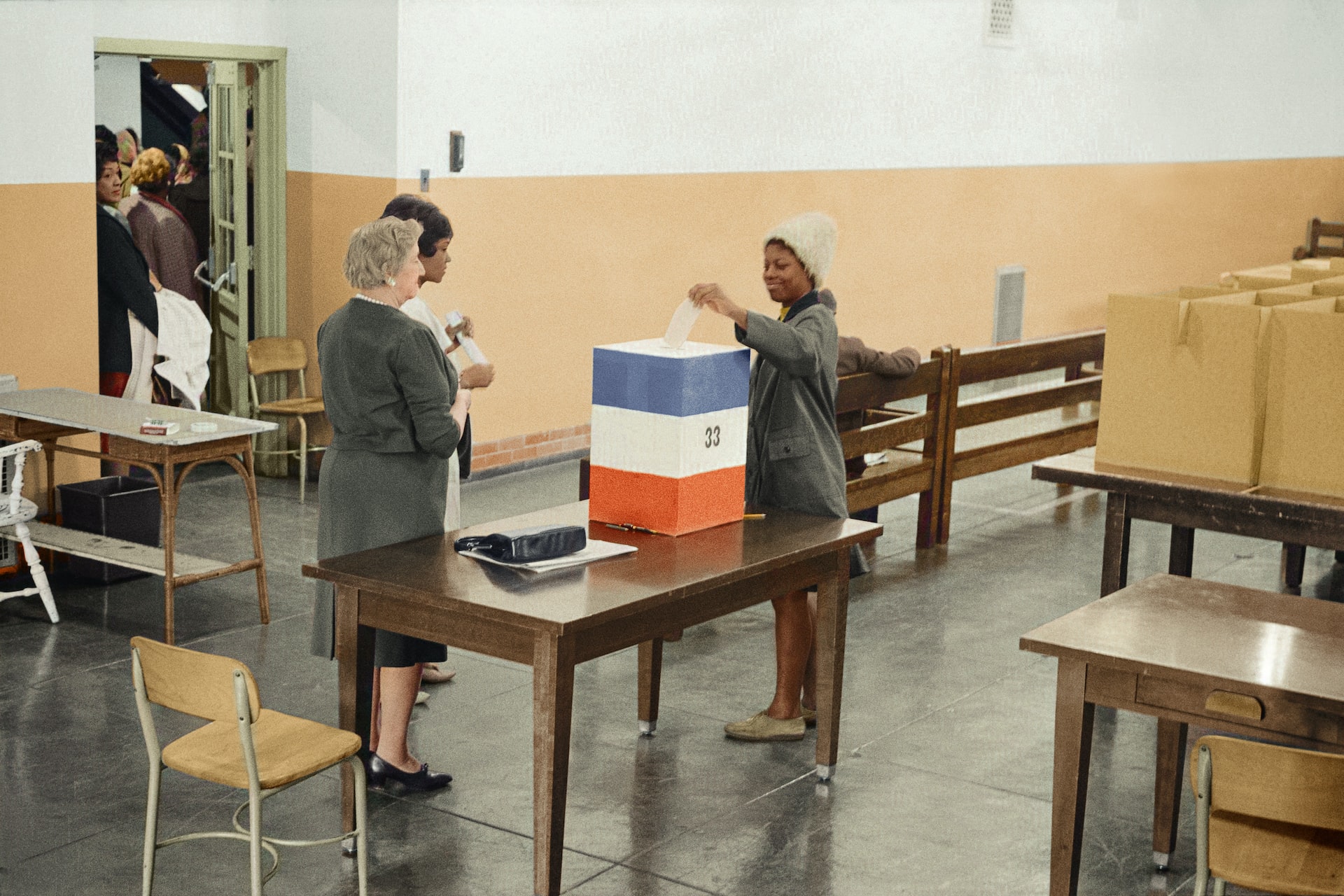 A Black woman casts her vote in Cardozo High School in Washington, D.C. in 1964

In the name of fairness and equality, Black votes should count. That’s what Associate Justice Ketanji Brown Jackson ensures to be put into action through the upholding of the voting rights.

That’s what the nonprofit Brennan Center for Justice (est. 1995) at New York University School of Law generally warns about redistricting:

The redistricting process remains all too vulnerable to racial discrimination and partisan manipulation. 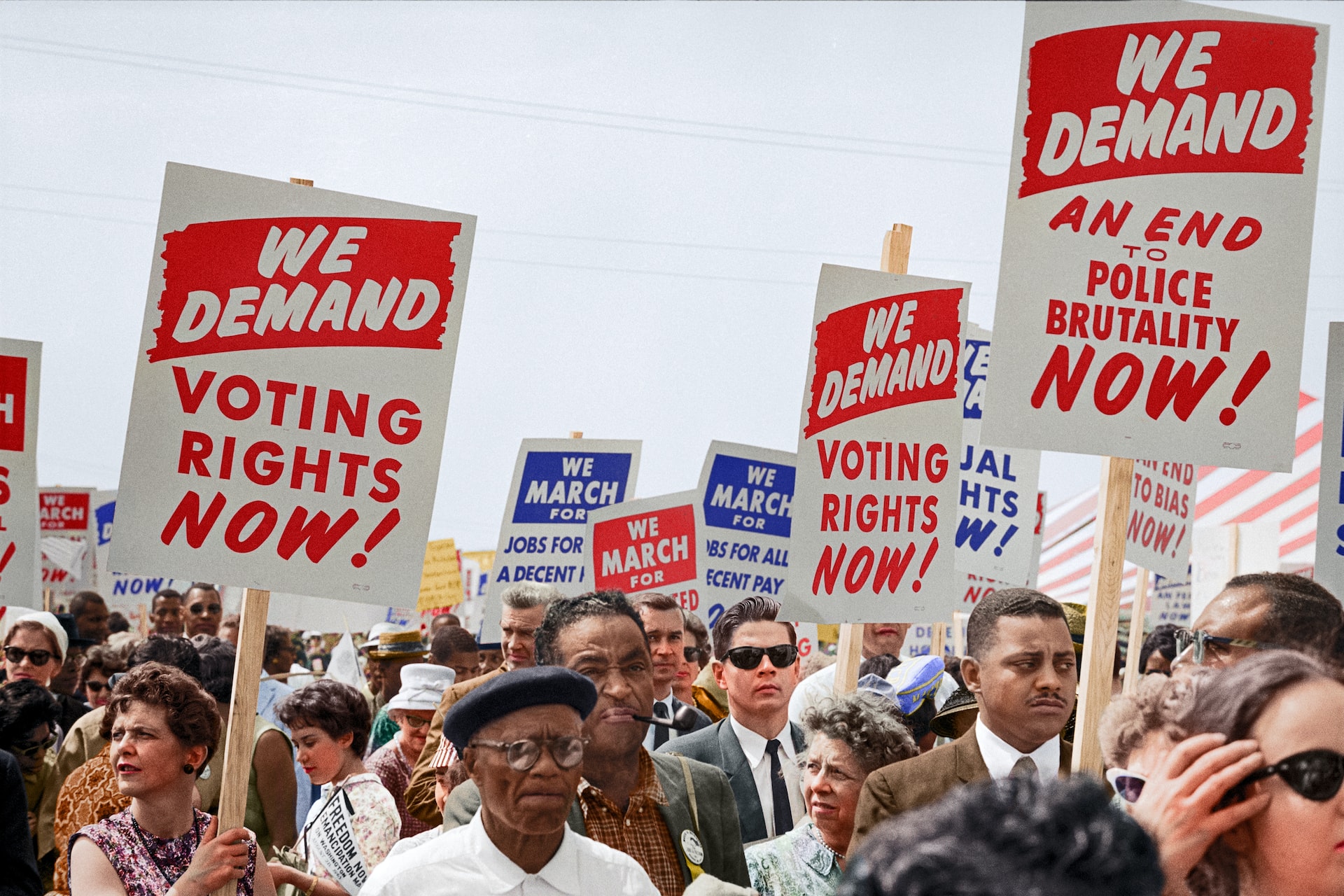 According to the Associated Press, Associate Justice Elena Kagan pointed something out to Solicitor General Edmund LaCour, Jr.

At the hearing, she made him realize that he and his party are trying to somehow make them, the Black voters, fine-tune the Voting Rights Act of 1965 to suit their interest.

What would be left of that law if Republicans like him pushed hard their redirection on them, asked Kagan.

In the end, the voting rights of the Black people along with the white citizens of the U.S. must be the same.